Who am I? – Identity, and what the Bible says about it 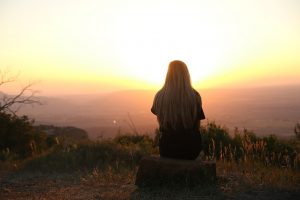 Identity – a word that has not only become vastly popular, but has even taken on a new shade of meaning in recent times. Instead of being used in contexts such as crime or botany, nowadays we generally hear the word used with prefixes like ‘social’, ‘self’, or ‘gender’. Never before have people been so concerned with ‘Who am I?’… nor have they been so confused as to the answer to that very question.

What has happened? You don’t have to have lived too many decades to notice that culture and worldview have changed rapidly over the past number of years. By far the biggest shift that I’ve observed is that Christianity has become exceedingly unpopular. The Bible, the Word of God, like the sole precious life raft on a sinking ship, has been cast overboard, and humanity is vainly attempting to keep the leaky vessel afloat by sheer human effort.

It’s no wonder people are confused. Take God out, and life ceases to make sense. If there is no Creator, then we are here by chance. What is our purpose? None. Who are we? We don’t know… whoever we feel like being, perhaps? Where are we going? Nowhere.

Talk about pointless! And depressing!

Trying to figure things out on our own without taking God into account simply won’t work. This is especially true when it comes to ourselves. In Psalm 8:4 the question is asked, ‘What is man?’ Let’s look at the passage in Genesis where God made mankind and see if we can find an answer.

First of all, we learn that God created man. He made mankind, and because of that, He knows us better than we know ourselves. He knows how we tick, what we need, and what’s best for us – physically, mentally, emotionally and spiritually.

We also read that man was made in the image of God – a reflection of Him. Animals weren’t made in God’s image, nor did they become living souls (Genesis 2:7). Because of this, humans have a value that animals don’t have. Another trend, coupled with the rise of atheism (and in many cases mixed with shades of eastern religion), is that of animal rights and veganism. God intended animals to be well looked after – He made provision for labouring oxen (1 Corinthians 9:9), and He sees with compassion each sparrow which falls (Luke 12:6). But it is clear from Scripture that a human is not just another animal, equal to a cow, a dog, or a lion, no matter how winsome or estimable these animals may be. Instead, mankind has value and purpose vastly superior to that of animals.

Finally, we see that God made male and female. When you were born, most likely the first thing the doctor or midwife announced was – ‘It’s a girl!’ or ‘It’s a boy!’ They didn’t scratch their heads in puzzlement and say, ‘Well, it looks like a boy on the outside, but it might be a girl on the inside… or maybe it’s actually neither!’ Our gender is one of the most basic facts about us, and it’s only in very recent times that people have been trying to muddy this black-and-white fact to suit their own confusion. Don’t be pulled in and deceived. God made the fact of specific genders very clear when He created male and female, and He has not changed, nor has His Word.

The answer to the confusion around us is, as it ever has been, in God’s Word. The Bible has all the answers as to who we really are, what we need, and where we’re going.

What do I need? – God’s salvation. ‘God commendeth His love toward us, in that, while we were yet sinners, Christ died for us.’ Romans 5:8

Where am I going? – Either heaven or hell. ‘He that believeth on the Son hath everlasting life: and he that believeth not the Son shall not see life; but the wrath of God abideth on him.’ John 3:36

For Christians, those who have trusted in the Lord Jesus Christ, our purpose in life is clear. We are here to glorify God. And when we’re done here, that’s not the end. Instead, we will get to spend all eternity in heaven with the One Who has always known us better than we can ever know ourselves.