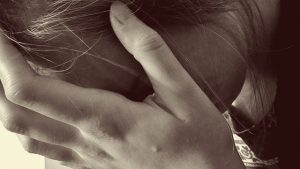 Appalling. Dreadful. Distressing. Callous. Sickening. All words used in official statements to describe the Manchester bombing earlier this week when twenty-two people lost their lives and many more were injured. The world is reeling from the senseless loss of life, and the manifestation of desperate wickedness in the hearts of men. It has touched many to hear of children and young people killed, and we’ve watched in dread as pleas for information about missing people from distraught relatives have ended in announcements of their death.

Tears have been shed, and many more are yet to be shed. So much pain, so much tragedy. A sample of the countless tears shed across this groaning world through all the ages.

Wars and genocide. Gang violence and drug wars. Billions killed by man’s inhumanity to man. And, in the numbers, each one an individual with their own story. A bright, ambitious son killed during protests in Venezuela. A beautiful teenage daughter kidnapped and murdered in Mexico. Parents who daily live with the pain of losing those who should have outlived them, looked after them when they were old and frail. Husbands and wives separated from each other and left to carry on alone. Children orphaned because of parents taken too soon.

Pain. So much pain.

In a hopeless, helpless, hurting world, you might ask, ‘Where is God in all of this? Does He see? Does He care?’

Imagine that you are reading a book. You get partway through. Everything is going wrong for the poor characters and you can’t see how they will ever extricate themselves from the situation they find themselves in. It’s a total disaster. So you throw the book away in disgust. Do you? Of course not! You know that, somehow, things will resolve. You can’t imagine how things could work out, but you can’t help reading on. You’re rooting for the characters, hoping they’ll have a happy ending. And, if the book is worth the name of a book, by the last chapter, everything will work out perfectly.

In the book of Exodus, we’re told about a group of people who lived in the land of Egypt who had become slaves for the Egyptians. Their bondage was great. The burdens were getting heavier. The Egyptians afflicted them, made their lives bitter, even commanded that all baby boys should be killed. I’m sure they asked where God was. Did He even see them? Hear them? Why wouldn’t He deliver them?

They hadn’t read the last chapter. They didn’t know that God had heard, He had seen, and He knew their sorrows. And, best of all, He was going to do something about it. Deliverance. Their groaning and pain wouldn’t continue.

And so it is with this world. We haven’t reached the last chapter. We need to read the whole book – the Bible. This true-to-life Book doesn’t shy away from the pain we face, and certainly doesn’t make life out to be a rosy picnic. But throughout the Bible there is hope. Not an oh-I-really-hope-that-such-and-such-a-thing-happens hope, but a bright promise of a day when all wrongs will be put right, when all sin will be judged, and the perfect and righteous Ruler, the Lord Jesus Christ, will be on the throne. And those who have trusted Christ as their Saviour, whose sins have been forgiven, will share in the great future that is ahead.

Would you like to know what we read at the end of this Book? For the Christian, it’s the best possible ending.

There shall be no more death, neither sorrow, nor crying, neither shall there be any more pain: for the former things are passed away. (Revelation 21:4)