What has God promised? 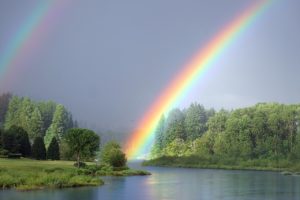 Promise. There’s something very special about the word. We use it often, right throughout our lives, in many situations. Little Peter could be promised a reward for behaving at Great-Aunt Edith’s house, Sally might whisper some secret to her best friend Tessa as long as Tessa promises not to tell anyone, and Jimmy will present a gorgeous diamond ring to Jenny as a promise that he’s going to marry her.

These promises, though, are nothing compared with God’s promises. Tessa might pass Sally’s secret on to Amy, and Jimmy might realise that Jenny isn’t the one he wants to spend the rest of his life with after all, but God will never, ever break a promise. He is totally trustworthy, so it’s impossible.

But what has God promised? A quick online search for ‘God’s promises’ throws up a multiplicity of results from a wide variety of sources. Christianity in general is very interested in God’s promises. The danger for us is that not all of God’s promises in the Bible are for believers in this day and age. Sure, we learn a lot about the unchanging character of God and principles of His dealings with mankind, but the way in which God dealt with His earthly people, Israel, is not how He deals with believers today. For example, many times the Israelites were told that if they would be obedient and obey God’s commandments and laws, He would bless them with increased flocks and herds, a good harvest and many children. From this, we learn that God greatly values obedience, but these promises do not apply to us. Instead, as a heavenly people, our blessings are heavenly and spiritual.

‘God…hath blessed us with all spiritual blessings in heavenly places in Christ.’ Ephesians 1:3

Another danger is taking promises that were made to specific individuals in the Bible and applying them to ourselves. It’s easy to fall into this trap, especially if we come across a Bible character whose life situation is similar to our own. We’d love it if God did the same for us!

I’m sure we’ve all met individuals who are clinging to a ‘promise’ by their fingernails. Naturally, it seems unlikely that what they’re hoping for will happen. Of course, with God all things are possible, but instead of accepting God’s will and living fully the present life they have, they fritter the years away while awaiting the fulfilment of a promise that wasn’t even made to them. How sad!

Even sadder are the cases where there isn’t even a hint of a promise! Instead, these poor individuals have been told that God only wants their good, so sooner or later (sooner if they give more money to their church, of course!) they will get whatever it is they want.

But what has God promised? There are many promises in Scripture; here are just a few.

‘He that believeth on the Son hath everlasting life.’ John 3:36

‘I am the resurrection, and the life: he that believeth in Me, though he were dead, yet shall he live.’ John 11:25

‘My God shall supply all your need according to His riches in glory by Christ Jesus.’ Philippians 4:19

‘I will never leave thee, nor forsake thee.’ Hebrews 13:5

‘And this is the promise that He hath promised us, even eternal life.’ 1 John 2:25

As we soon leave this year behind and a new one rises up to greet us, it’s good to have God’s sure promises to lean on, no matter what might be ahead.

The following poem was written by a lady who knew all about laying hold of God’s promises. Her name was Annie Johnson Flint and she was born in America in 1866. She was an orphan at five years old, and lost both her foster parents within a short space of time when she was twenty-three. By this stage, she had also developed severe arthritis and soon was unable to walk. Despite her deep trials, she lived a victorious Christian life, resting on God’s promises. Here is what she wrote:

But God hath promised
Strength for the day,
Rest for the labour,
Light for the way,
Grace for the trials,
Help from above,
Unfailing sympathy,
Undying love.

If you’d like to sign up for notifications of new blog posts, click here and enter your email address. Your details will not be shared or used for any other purpose.