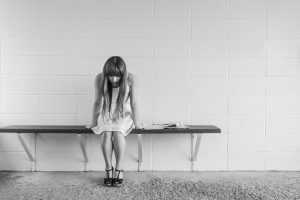 Waiting. We all know what it’s like, whether simply standing in a queue in a supermarket, or waiting for a phone call, the bride’s arrival at a wedding, results of a medical test, acceptance to a school or job… On most occasions, we know that our waiting will, sooner or later, come to an end. Other times, we don’t know if what we’re waiting for will ever come to pass. We pray, crying to God day after day, but nothing happens. We don’t understand the delay. Wouldn’t what we’re praying for help us to live better lives for God?
A bigger house would mean we could serve others in a much fuller way.
Surely it would be easier to do certain things for God if I was married.
A miraculous cure to this chronic illness would show how great God is.

Did you know that God waits? I was reading this morning in Isaiah 30. A segment of verse 18 caught my attention. ‘Therefore will the Lord wait, that He may be gracious unto you, and therefore will He be exalted, that He may have mercy upon you…’

The context is an address to Israel, who are called here ‘rebellious children’. Instead of trusting the Lord, they had trusted in Egypt, and had listened to false prophets who turned them aside out of the path. Now God calls them to repent, but they refuse. God would now stand back and let them be pursued by their enemies, until they were ‘a beacon on a hill’ – a clear target for the enemy.

He hadn’t abandoned them, though. He was waiting. Waiting for them to return to Him, so He could bless them.

Sometimes we get into difficulties of our own making. We’ve been disobedient, and we realise that we’re suffering the consequences. And, in these situations, isn’t it true that we begin to blame God? That we think He ought to have kept us from messing up, or to have stepped in before things became desperate?

Another example of divine waiting is in John 11. The Lord Jesus Christ was told that His friend Lazarus was sick. When you read the passage it’s clear how much the Lord thought of Lazarus and his sisters – they were very precious to Him. Wouldn’t you have thought that He’d have left straight away and travelled as fast as He could to Bethany? Instead, He waited two days, and the journey may have taken at least two days as well. By the time the Lord arrived, Lazarus was dead. I can completely understand Martha’s statement to Him – ‘Lord, if Thou hadst been here, my brother had not died.’ Why did He wait? Here was certainly a delay which didn’t make sense.

The answer, both in the case of our disobedience, and in that of unexplained delays, is the same. The glory of God. Twice in John 11 the Lord mentions that the situation concerning the death of Lazarus will bring glory to God.

We need to examine our hearts. Is God waiting because our attitude isn’t right? God is a gracious God and gives us what we don’t deserve (the greatest of His gifts being salvation), but often by waiting and letting us hit rock bottom, He brings us to a point where we turn back to Him, thus bringing Him glory.

Or, it could well be that, despite living for Him, He delays, so that in a future day, when the situation seems most hopeless, He will step in and work a miracle of such magnitude, that His glory will be shown forth. In that day He will receive more praise than He would have had, had our prayers been answered at the beginning.

So when your delay is getting you down, look up, and remember that He may be choosing to use you and your situation to bring glory to Him, the awesome and eternal God. Wouldn’t that make it all worthwhile?