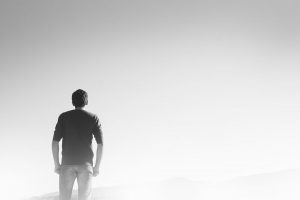 In the last post for teens, we took a look at Daniel and the decision he made while he was under pressure to conform. Now we’re going to learn about Joseph, another teenager who was taken to a different land against his will.

As a servant, Joseph ended up working in the house of Potiphar, a very important man. It was in this house that Joseph encountered a very serious temptation. Joseph was an extremely handsome young man… and Potiphar’s wife noticed. One day, she came to him with a very blatant and immoral suggestion, influenced, no doubt, by the immoral culture in which she lived. There are times when a choice needs to be made right there and then, without delay. This was one of those times, and Joseph handled it perfectly. He not only refused, but explained his reasons.

Unfortunately, it made no difference. Potiphar’s wife continued to ask, ‘day by day’, trying to wear him down. I think we’d all agree that it’s usually easier to say ‘no’ once than to have to keep on saying it. She was probably an attractive lady, and most young men would have felt flattered and tempted by her attention and request, but Joseph knew that to agree to her request would bring great dishonour to God.

Every day, Joseph faced the pressure to compromise.

Are you under pressure to compromise? Maybe it’s in a moral issue, like the type Joseph was faced with. Don’t forget that God’s standards are unchanging, whether in ancient Egypt, or today. And, by the way, the morals in ancient lands were absolutely no better than they are today, so don’t be fooled into thinking that it was easier for people in history to live moral lives – it certainly wasn’t! Today, however, we have the added pressure of the internet. Are you tempted to compromise? To open that page or follow that link? Don’t! Be like Joseph and flee instead! The long-term effects of going down such a route are truly dreadful.

What was Joseph’s reason for taking the risk of refusing Potiphar’s wife? You’ll remember that when it finally came to a head, Potiphar’s wife falsely accused him and he ended up in prison for many years. It was because Joseph knew that to comply would be a great wickedness and sin against God. God’s assessment was more important to Joseph than what Potiphar’s wife thought of him, or his position in Potiphar’s house. Joseph may have lost his coat, his freedom and his reputation, but he retained his blameless character and his communion with God.

His values and principles were right, and that was what mattered.

And, as I suggested last time, why not take your Bible and read the rest of the story (Genesis 41 onwards). You’ll find out that the choice that Joseph made had consequences far beyond what he could ever have imagined when he fled temptation as a teenager in Potiphar’s house. God used him in a mighty way in the preservation of many lives, including that of his own family.

So never forget that the choices you make as a teenager aren’t as insignificant and unimportant as you might think! Put God first in every decision. You will never miss out and God will be glorified through you!