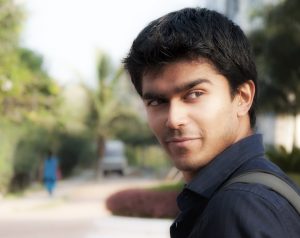 Being a teenager is hard! Home life can be hard – maybe you and your parents don’t quite see eye to eye on some issues. School life can be hard – all the exams and study, pressure from teachers, or maybe there’s a classmate who gives you a tough time. Social life can be hard – both online and in the real world – who doesn’t feel the pressure of wanting to fit in? And on top of it all, you’re having to make choices you’ve maybe never faced before.

Many of these choices come about because of pressure and temptation. Some of them will take you by surprise and you may need to make a decision in a split second. Are you prepared?

We read of teenagers in the Bible who found themselves in a foreign environment. They didn’t choose to be there, but because of their location they were faced with great pressure and temptations that they wouldn’t have had if they’d lived somewhere else or in another era. Maybe this is the same for you – are you being faced with pressures at school, at work, or even online, that others haven’t had to face?

In this post we’re going to visit ancient Babylon and see how Daniel handled a major crisis in his life. Let’s see what decision he made and how it turned out for him.

Daniel lived in Israel, but was taken captive to Babylon when Nebuchadnezzar invaded the land. Daniel, on account of his looks and intelligence, was one of a number who were handpicked for an elite Chaldean education. The group were to be given a portion of the king’s meat and of the king’s wine. Daniel had a choice to make. Would he take what the king had prescribed and defile himself? Or would he refuse, and risk the wrath of the king? Daniel had become friends with the prince of the eunuchs who was over him, and this prince told him in no uncertain terms, that for Daniel to refuse could mean his own death. Would Daniel wish to risk the life of his friend by such a decision?

Daniel was under pressure to conform.

Are you under pressure to conform? ‘Everybody does it,’ has always been a common phrase among teenagers. The thing is, it’s usually not true! You’ll generally find others who aren’t doing it either, whatever it may be. But even if everybody is doing it, that is no reason for you to join in. As a Christian, you need to be very careful with your diet. I’m not talking about choosing celery over chocolate. I’m talking about what you take in – what you watch, what you read, what you listen to. Your friends might think you’re strange for not listening to the latest music or watching the latest films. I’m sure the other young men thought Daniel and his three friends very odd for insisting on eating pulse (things like lentils) rather than meat and wine.

Did Daniel miss out? Read the story in Daniel chapter one. You’ll read that not only did Daniel and his three friends look healthier, they were also ten times better in wisdom than all the wise men of the kingdom! As a teenager, the temptation to conform is huge, but lift your eyes and look a little higher. There’s much more to life than right now!

What would Daniel have missed if he had conformed? Why not read the rest of the book of Daniel and see? You’ll soon find out that God always honours wise choices.

Next time, we’ll take a look at another teenager in the Bible who was under pressure to make a wrong choice.